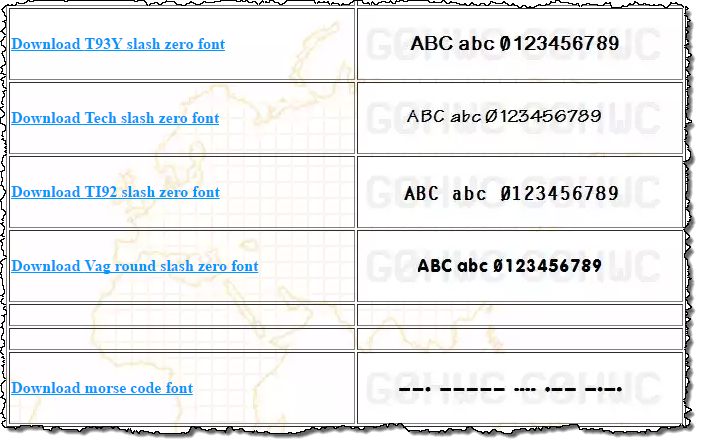 For most people being able to see the difference between the capital letter “O” and a zero is a matter of context. You simply don’t see a letter in the middle of a phone number, or a number at the beginning of a word.

This isn’t usually a problem on the computer either, the context will usually tell you which is intended.

In some applications the difference is important and context will not always help you out. For people that deal with data in it’s raw form it can be harder to figure out which is which from the context.  This is true in ham radio as well. To combat this many people use a slash through the zero to differentiate it from the capital letter “O”. It is unfortunate that most fonts do not provide the slash.

Paul Young G0HWC of Essex, England created a comprehensive list of fonts that include a slash through the zero. Thank you to Paul!

In addition, there is a Morse Code font. No more using hyphen and period to make your Morse Code messages…

Here is a small sample of the fonts available through Paul’s site.

Now you can go forth creating your ham radio documents and newsletters with proper zeros.